The winner of the 2021 Patrick Kavanagh Award is Jerm Curtin, from Boherbue in north-west Cork. He lives in Spain where he teaches English as a foreign language.

The Award is given to a poet who has yet to publish a full collection. It was not awarded in 2020 because of the pandemic.

The judge, the poet and novelist Brian Lynch, said, ‘Although this year’s competition had to be held at short notice, the response was unexpectedly large. I think Covid and the isolation associated with it led to a great deal of soul-searching and a pent-up demand for communication, which the Kavanagh Award released.’

He described Jerm Curtin’s collection, ‘The Drowned City’, as a vision of Cork permanently under water due to climate change – cars in the streets are replaced with kayaks – accompanied by a tender study of Noreen Daly, a recognisable but fictitious aging woman from Kanturk living alone in the city.

‘Curtin combines the sensitivity to language of a poet with a novelist’s eye for character’, Brian Lynch said.

The contest for the Award was extremely close. He described ‘Realpolitik’, the entry by the runner-up, David Spencer, as ‘a harsh yet witty blend of Derbyshire dialect, mixed with memories of a Strabane childhood, and raw present day experiences as a father in Berlin’.

Brian Lynch said, ‘Choosing between two such disparate poets proved to be extremely difficult. Jerm Curtin was a runner-up in 2019 and it would come as no surprise to me if David Spencer did that in 2022. If so he is likely to be facing stiff competition from this year’s highly commended entries. I have chosen to name eight of them but there were many more. They are: Colette Colfer, Lucy Rebecca Holme, William Keohane, Katie Martin, Maeve Henry, Ainín NíBhroin, Jess McKinney and Ashley O’Neal.

The Kavanagh Award, which is worth €2,000, has marked the beginning of the careers of many of Ireland’s leading contemporary poets, including Eiléan Ní Chuilleanáin, Paul Durcan and Sinéad Morrisey. The Patrick Kavanagh Society and the Patrick Kavanagh Centre, which is now the direct responsibility of Monaghan County Council, are very grateful for the patronage of the Award by Grant Thornton, the Arts Council and Monaghan County Council. 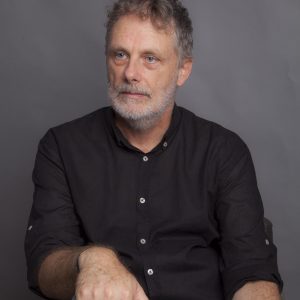