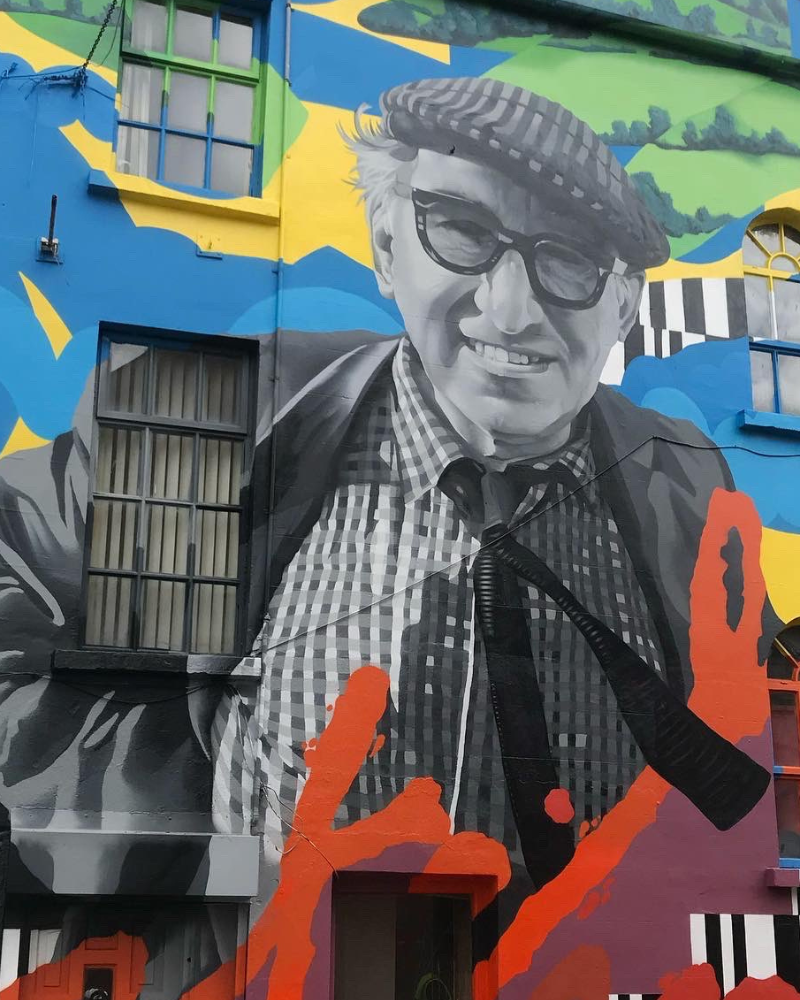 Monaghan Murals in an ongoing project to develop a series of international quality street murals throughout the towns of County Monaghan.

It tells the story of our county through aspects of our shared history, heritage, and culture.  Inniskeen poet and national icon Patrick Kavanagh is celebrated in one such mural in Carrickmacross town a 15 minute drive from Inniskeen, and a place very familiar to the poet.

POET AT ROSIES CORNER
The photograph of Patrick Kavanagh used as inspiration for the Carrickmacross mural was taken in the mid 60’s by legendary press photographer Colman Doyle.  The photo captures the poet in an unusually cheery pose, fairly untypical of how he is remembered. As Doyle recalls,

“We were in a pub and we were talking about it a long time, and he didn’t seem too keen. so, I said to him: ‘Come on. We’ll just do it and come back for a drink.’ That did it.”

Colman Doyle captured some of the most iconic images of the period including his celebrated photographs of the early years of the Troubles.

In the background is Rosie O’Hanlon’s convenience and gift store, where Kavanagh would wait for the bus to bring him back home to Inniskeen.

The Poet At Rosies Corner mural was produced by leading street artist OMIN. Omin is also Director of Dundalk Urban Arts Festival Seek.  Image Courtesy of the National Library of Ireland. This project is supported by Monaghan County Council, Creative Ireland and Carrickmacross Tidy Towns. Special thanks to PJ O’Hanlon.

For more information about the Monaghan Murals project click below. 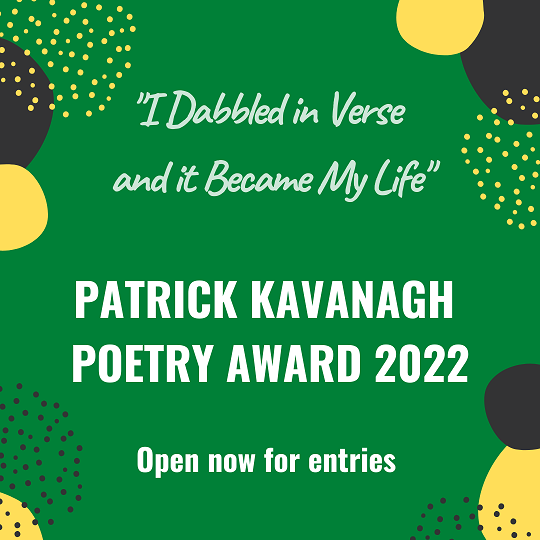 The Patrick Kavanagh Award is for emerging poets currently living in Ireland or with Irish heritage. 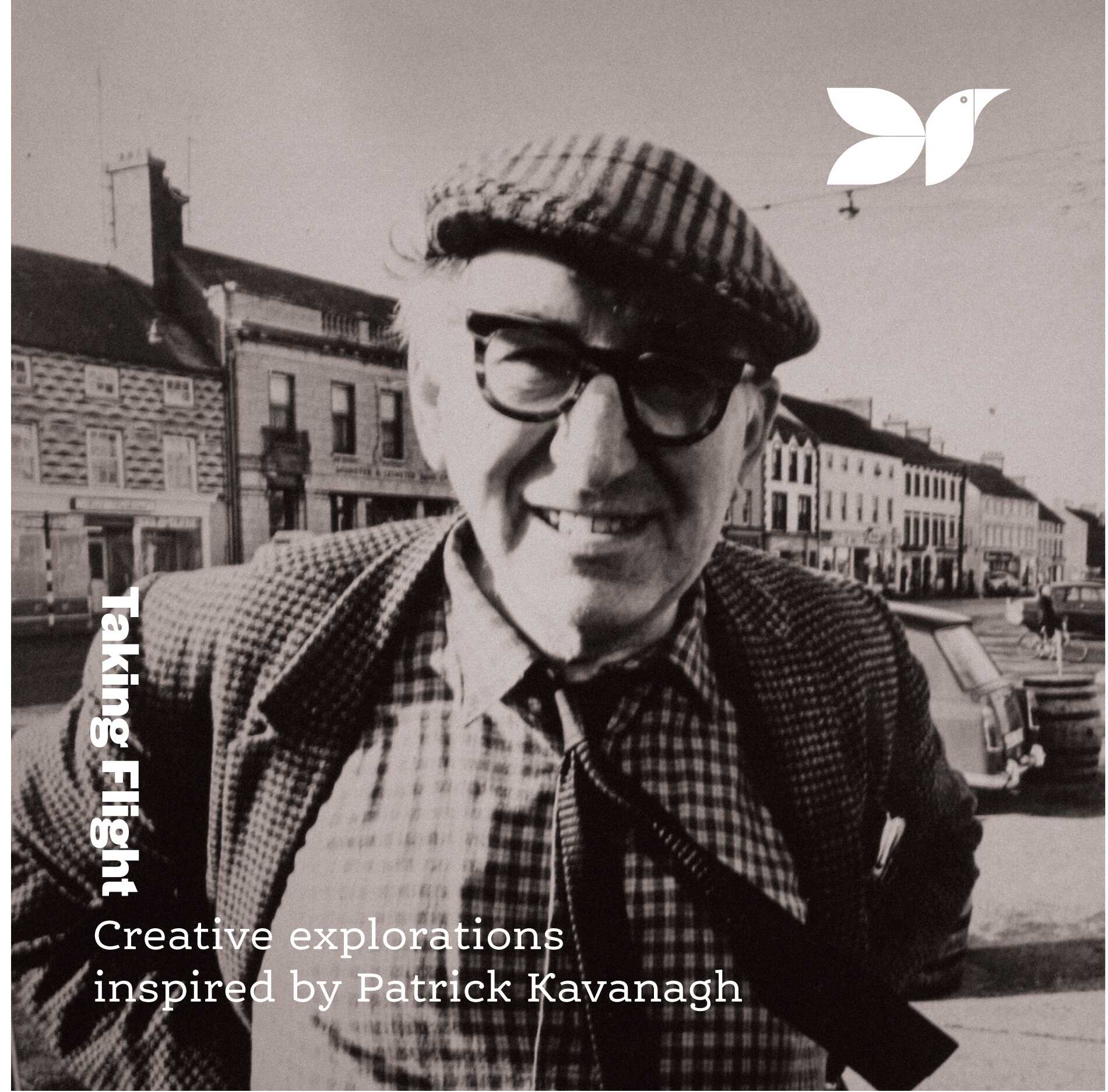 An ongoing series of essays for radio where contemporary artists and thinkers respond to the Kavanagh canon. 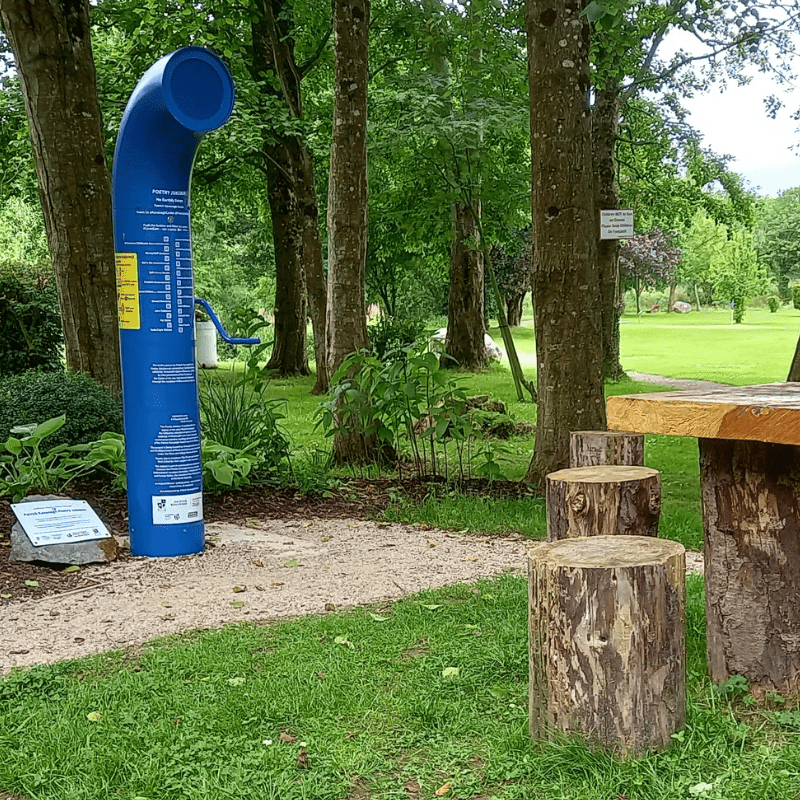 This innovative installation celebrates the poetry of Patrick Kavanagh in scenic environs by the River Fane at the heart of Inniskeen.