Since 2001 the current line up of the Máirtín O’Connor band has been steadily evolving into a cohesive musical entity. The three musicians have built a formidable musical relationship over the last few years gigging together frequently as well as collaborating in the studio. The catalyst for this was Máirtín when he invited the others to play on his ground-breaking ‘Road West’ album and again later on the ‘Rain of Light’ recording, much of which went down live such was the musical and personal rapport that had developed between them. Individually recognised figureheads of the tradition, they have built solid reputations as master musicians with astounding skill, diversity and virtuosity. Together they produce a vibrant and musically charged experience that redefines one’s concept of brilliance, verging on perfection. If this musical powerhouse does not get you to your feet, nothing will. The group performs mainly as a three piece but is occasionally joined by percussionist extraordinaire Jim Higgins (biog below). 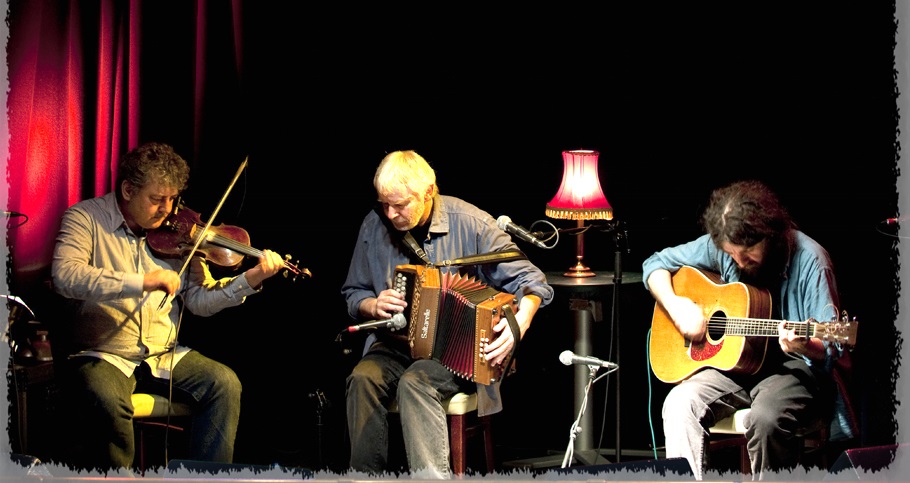 Máirtín O’Connor is one of the most respected and best loved musicians ever to emerge from Ireland. As a soloist with the first Riverdance orchestra, through his work with De Dannan, Midnight Well and Skylark and also as a solo artist he has quite simply gone where no Irish accordion player had gone before. Many fine musicians have played in Máirtín’s bands. For the past 9 years the group has included multi-all Ireland winner Cathal Hayden and former Dervish member Séamie O’Dowd with percussionist Jim Higgins joining them occasionally. In 2009 the trio released the much anticipated album ‘Crossroads’. Máirtín’s previous albums ‘Road West’ and ‘Rain of Light’ are considered groundbreaking and captivating. A prolific writer of new material, Máirtín’s tunes can be heard on the recordings of many artists and at sessions throughout the world.